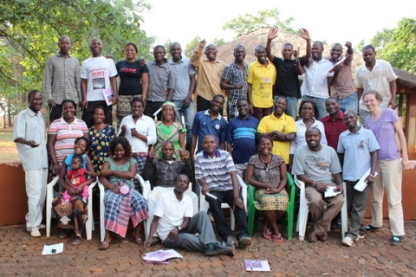 Globally, the number of new HIV infections each day has gone down steadily since 2000. More than 13 million people around the world are now taking life-giving HIV medications. How miraculous are these antiretrovirals!

Mona’s daughter, Fernanda, who didn’t believe in antiretrovirals (ARVs) and was convinced they would make her sicker, now vigorously runs her household and serves as an informal neighborhood ARV officer, hounding her positive neighbors when they are late in going to the health post to replenish their ARV stock.

And Esperança, whose story I shared two years ago, continues strong.

In 2004, there were fewer than a dozen sites in the whole diocese (the northern half of Mozambique) where HIV testing was available, and even fewer offering HIV treatment. I didn’t actively encourage people to get HIV tests, because if they found out they were positive, it was hard to know what to do. I remember thinking that the global “3 by 5” goals (getting 3 million people on treatment by 2005) were excessively ambitious—but those goals have been met, and now we’re talking about 20 x 20 (20 million people on treatment by 2020). Science has made great strides, and we are at a point where medical understanding and pharmaceuticals mean that a person living with HIV can live as long and as well as a person not living with HIV. What progress we’ve made in the past decade! 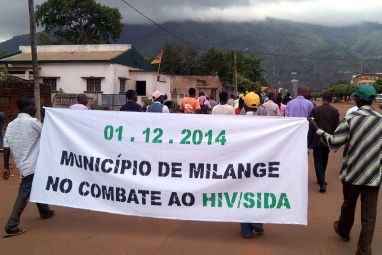 But this is not the reality for many people living with HIV in Mozambique. Perhaps we have claimed victory too soon. There is still much more work ahead of us—oh, so much more. At least three friends died of AIDS-related causes this year. One had told me of his HIV positive status and proclaimed how eager he was to live openly with HIV, but when he told his wife, she beat him and refused to acknowledge his status. He then decided that telling people he’d gotten a false positive result—and not pursuing treatment—was easier than bearing the stigma associated with HIV. Another friend developed cerebral TB, but her family took her to traditional healers for several weeks before seeking hospital treatment. She was too unwell to argue. And another had been a keen student of HIV, asking just the right questions and understanding the key role of the church in responding to HIV. I never knew he was living with HIV until he died a few months later. We live in the already-but-not-yet of advent—so much good has already happened, and so much is left to be done.

Global figures hide specific pockets, and Mozambique is one of those pockets in which the fight against HIV and its effects is lagging behind. As a country, we are making much slower progress than our neighboring countries. I am particularly concerned about young girls—kids who I might have carried on my back when I first started working in Mozambique—and who now are at risk of acquiring HIV sexually. 6% of Mozambican women aged 15-24 are living with HIV (more than double the level of men in the same age group), and a quarter of all girls have had their first sexual relations before age 15, many with older boys or men, and often in exchange for a simple gift, like a new skirt. Just yesterday in a conversation about HIV, a church leader decided that the root of the problem was that we see women as objects, not as equal human beings. In Mozambique, the community of people living with HIV grows by one every five minutes, on average, and every seven minutes a family loses someone to AIDS-related causes. The science may be there, but we still have so much work to do in terms of improving access to testing and treatment, in providing safe environments in which talking about HIV is as non-interesting and matter-of-fact as talking about malaria, in helping everyone understand how HIV can be prevented, and in creating contexts in which people who choose to prevent HIV are able to do so. “Até quando?,” we lament! “How much longer?”

Last year, in the week before Christmas, a close friend came to me with the worry that his diarrhea was becoming a little bit too frequent and a little bit too intense, and suspected that HIV might be behind it. He 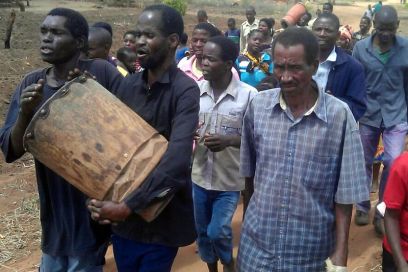 was spot-on, and his HIV result was positive. We went to the hospital together for a follow-up CD4 count, and when the nurse gave result of 29, I asked for clarification—certainly I wasn’t hearing him correctly. I’d never before met someone with a CD4 count so low who was still managing to walk and get on with life. But Paulo’s CD4 count is now in the 300’s, and he’s back at work (doing a lot of manual labor), and just got a promotion. His wife and baby daughter are still negative, and they shamelessly accompany him to his appointments. Paulo is alive thanks to antiretroviral medications.

And as I was writing this, Rafael came into my office to talk about his robust business. If he hadn’t sent me a text message first, I might not have recognized him. Not so long ago, he looked like someone who might be blown away by a strong Lichinga wind—but now, taking antiretrovirals, he is now strong and healthy. HIV is no longer the focus of Rafael’s life. HIV didn’t come up in the conversation until I asked about his CD4 count, which last registered at 1050—a level well within the range of someone not living with HIV. Yes, he’ll need to take medication for the rest of 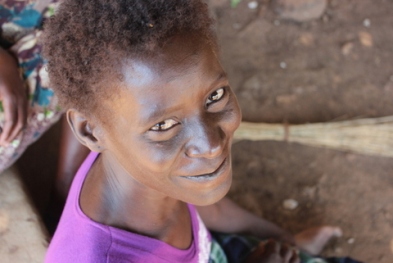 his life, but he’s not alone in that: his eight-year-old daughter affectionately pesters him not to forget his medication, ever.

As I post this, we are wrapping up the first 22 of 52 World AIDS Day celebrations to be held this week in the Diocese of Niassa. The 3000 activists taking part are together celebrating the progress made and re-kindling the energy that will drive the continued work ahead. May we each let those around us know they have our love—regardless of whether or not there is a specific virus circulating in their veins. We must continue, united. Onward.
==

Footnote: HIV is not just a Mozambican issue. More than 1.2 million people in the United States are living with HIV, and almost 1 in 7 are unaware of their infection. If Washington DC were a country in Africa, it would rank 23rd out of 54 countries in percentage of people living with HIV. For those in the US, AIDSvu can show you local prevalence levels, and perhaps one of the organizations listed on Avert’s website of services available in the US could help get an HIV test or put you in touch with someone who would be willing to trust you with his or her story. If you are not someone living with HIV, try to get to know someone living with HIV in your own community—and learn how HIV can so quickly affect more than just physical health. We enrich each other.

One thought on “World AIDS Day 2014 ~ thoughts from Mozambique”